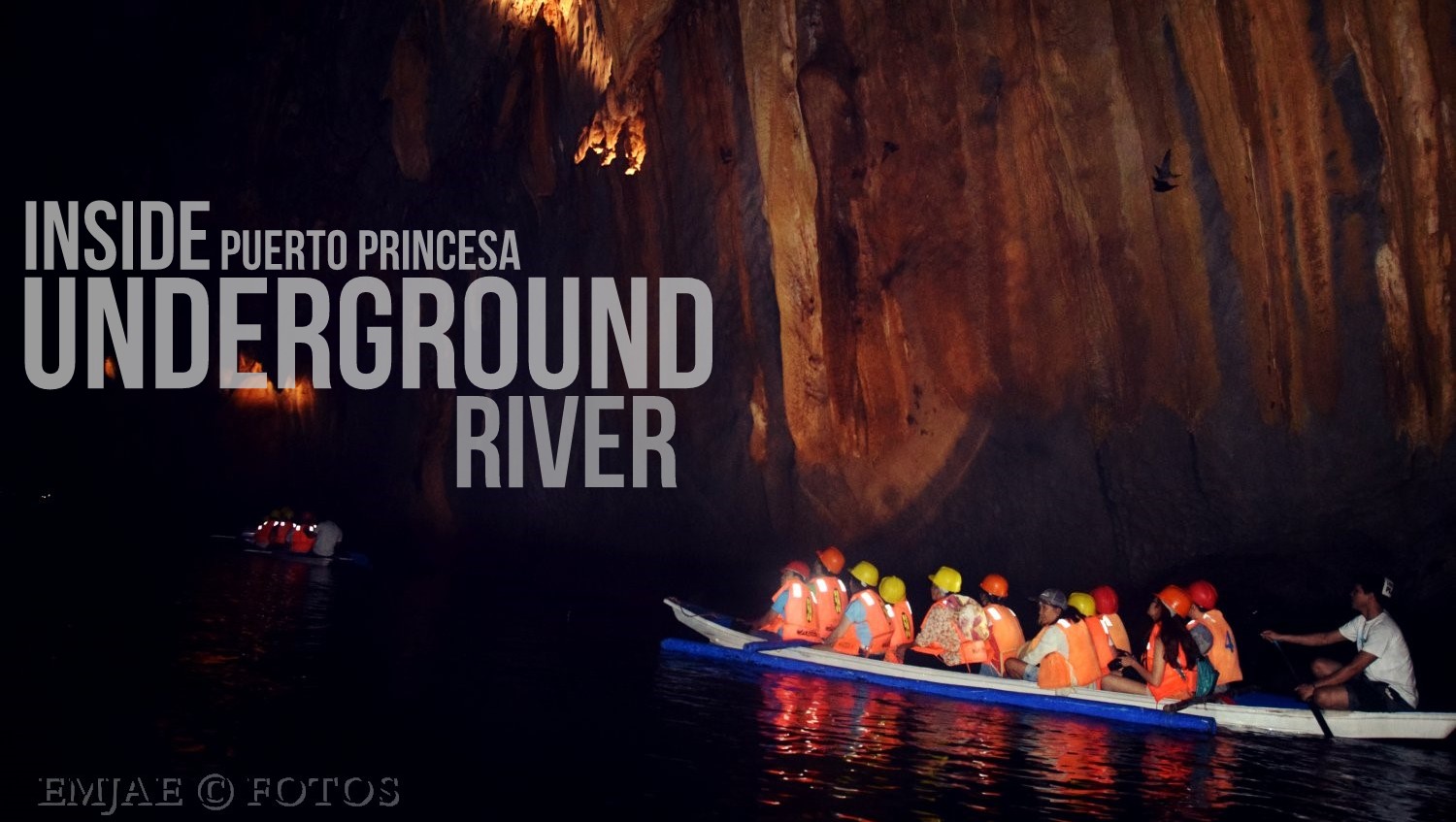 Call it cliché but the journey inside the Puerto Princesa Underground River (PPUR) in Palawan, Philippines is simply out of this world. This 8.2 kilometer wonder boasts of unique natural and geological features in  a complex cave system that will leave not only tourists but also scientists and experts in awe.

There is no doubt the PPUR truly deserves to be chosen as one of the New7Wonders of Nature. And since its official confirmation on January 28, 2012, Palawan experienced a huge tourism boom. I for one was excited to finally check this off my bucketlist.

The jump off point towards the Puerto Princesa Subterranean River National Park is the Sabang port. It is located 80 km (50 mi) north of the Puerto Princesa city centre which is a 2-hour drive. Here you will pay several fees for entrance, environment, etc.

Thankfully for us, everything was already arranged by Hadefe Travel and Tours as part of our package. We only need to show our valid IDs and wait for our assigned banca. After a 15-minute banca ride, we have reached the entrance to this UNESCO World Heritage site.

Mandatory group pic before the action.

From the docking area, we hiked through the forest on a boardwalk for about 2 minutes. This 150-meter trek is called the Monkey Trail where Macaque monkeys can be found around the place. You will be briefed beforehand to avoid bringing plastic containers as the monkeys associate it with food and will sneakily grab it from you.

Before you know it, you are already looking at the cave entrance of the underground river. A canoe that can take up to 9 passengers including the navigator/guide will be used inside. Since we are 16 persons, we divided into 2 groups of 8.

Group A on the move.

Finally, the moment of truth! It was a great sight to personally witness the iconic PPUR images of canoes carrying passengers in life jackets and hard hats  gently drifting along the jade-green waters into the mouth of the cave.

Tourists coming in and out of the cave.

Once you get inside, it will be totally dark so a torchlight is provided in the front seat. One person will be assigned to hold and point it to the rock formations as instructed by the guide. Remember not to point the light to the face of other tourists you meet inside. 🙂

Jane and I took the front seat for a good spot for photos.

You will be navigating some narrow channels.

Say Hi to other tourists you will meet.

There are several species living inside and most of what you’ll see are bats and swiftlets. These animals use echolocation, a bio sonar, that allows them to navigate in the dark. Cool!

Your hard hat will protect your head from getting wet not only from the water droplets but also animal droppings. So you are free to look up and be amazed but never say “Whoah” rather “Mmmmh”. Got it? 😀

Bats hanging on the ceiling.

A swiftlet flying over.

Now this is where you need to pay attention. The guide that will navigate you though will be giving away facts and trivia from the very start. They will surely give you an educational tour as well as comic relief. 😀

I believe the entertaining jokes are part of their training so you better watch our for the punchlines. Aside from listening, you also need good imagination skills as most of the formations are associated to a person, animal, or anything.

A dinosaur head peeking from above.

There are several large chambers including the 360-meter-long Italian’s Chamber. It is one of the largest cave rooms in the world with approximately 2.5 million square meters volume where you can find spectacular stalagmite formations.

Stalagmites form when water from the ceiling drops into the floor slowly accumulating the minerals they carry in a process that took millions of years. Some of these are the Candle, the winged-horse Pegasus, Virgin Mary, Holy Family and a lot more.

The Candle, one of the largest stalagmite about 3-storey high.

The statue/shrine of the Virgin Mary.

The Holy Family on the Nativity.

The PPUR is an important site for scientific research. In fact, there are 3 minerals found that are considered new and even fossilized remains that is estimated to be at least 20 million years old.

Another type of rock formation is called the drapery or flowstone that is suspended on the cave walls and ceiling. Because of its shape, they are famously associated to vegetables. 🙂 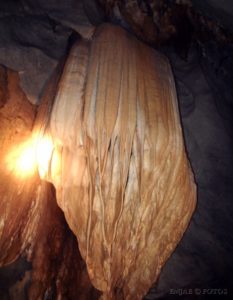 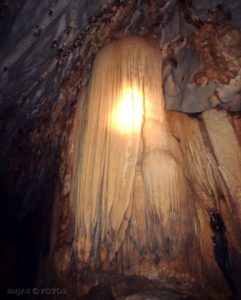 Is it a Mushroom or Bangs of Dora the Explorer

For me, the most interesting fact about this 8.2 kilometer underground river is that is flows out directly into the West Philippine Sea. However, the tour only covers up to 1.5 kilometers then it makes a U-turn. Only those with special permit, mostly researchers and experts, are allowed to explore further.

On your way back, there will be new rock formations that will be introduced with respect to your point of view. If you missed some earlier, this is the time for a review.

Lastly, just right before you exit the cave, there is a rock formation called the Guardian which looks like an ancient security guard on his desk checking the logbook. Quite amazing! 😀

Salute to you sir!

At last, one of the New 7 Wonders of Nature down and six to go! That would be the Jeju Island in Korea; the Amazon in South America; Halong Bay in Vietnam; Iguazu Falls in Brazil; Komodo in Indonesia; and the Table Mountain in South Africa. I will be checking them off one by one in my dreams. 😀

Jane and Emjae approves this!

The tour was about 45 minutes and it ended too soon but it was worth it. I only shared a glimpse of what’s inside the breath-taking Puerto Princesa Underground River and the rest is for you to find out.

It’s not your typical adventure but you will learn a lot. You will appreciate the splendor of Mother Nature and the importance of preserving our natural resources for the next generation. You go in as a tourist, you come out as a nature ambassador.

I’m glad I got to visit the Puerto Princesa Underground River so I hope to check out the next wonder of nature soon. As always, spread good vibes! 🙂 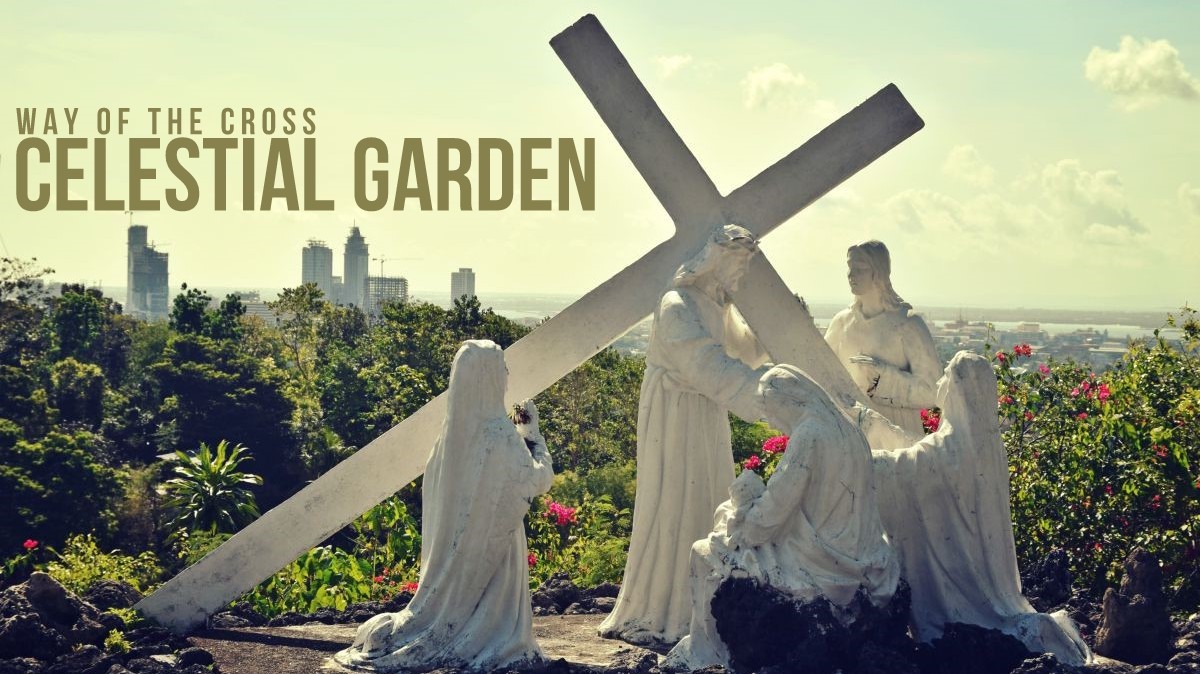 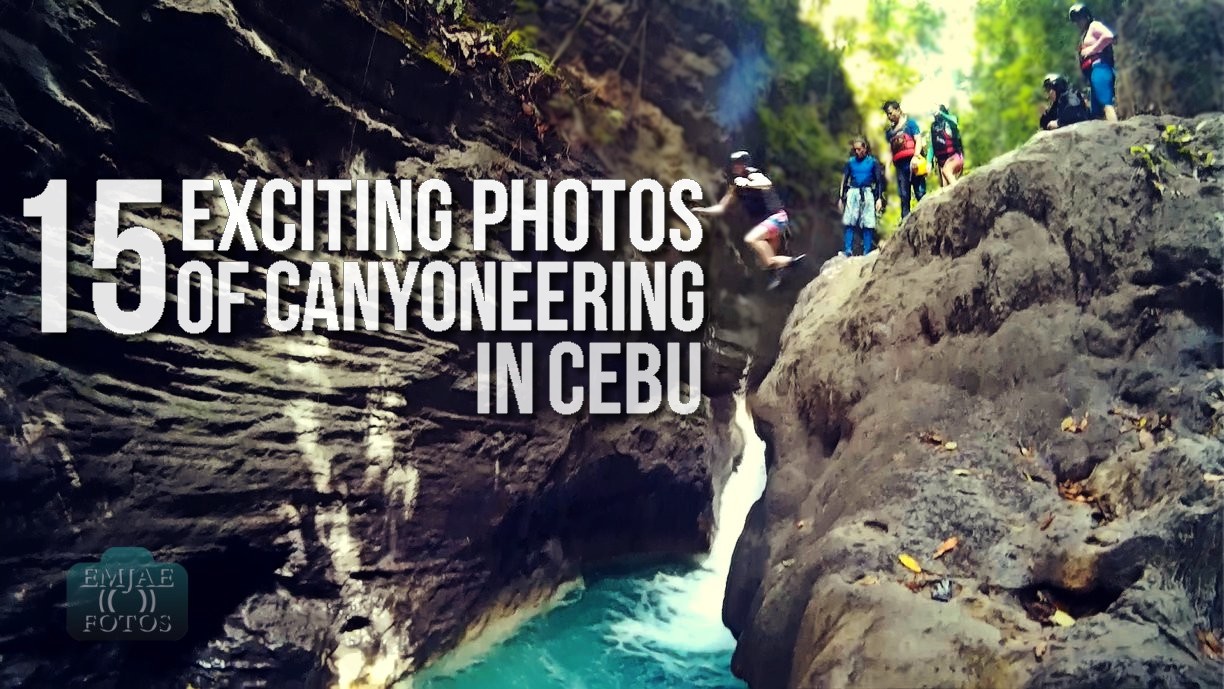 15 Exciting Photos That Will Make You Try Canyoneering in Cebu 6 Things About Baker’s Hill That You Will Love 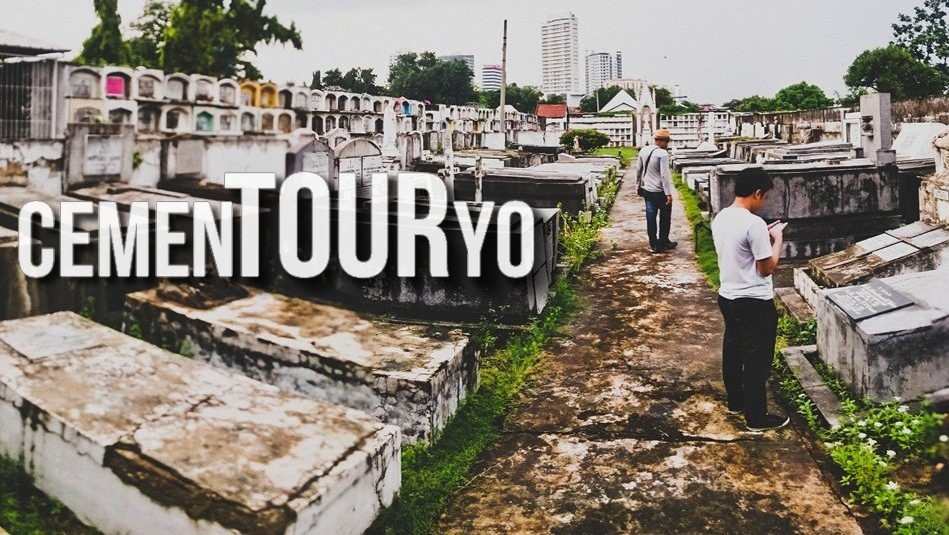 CemenTOURyo: A Walk Through Cebu Cemeteries